Resonator transform - converts a waveform from its ideal shape that is emitted by the instrument into the real shape that makes it through the resonant circuit of the probe. Phase-insensitive linear response with an exponential convolution kernel is assumed.

The following output is produced by fundamentals/restrans_test.m example file: 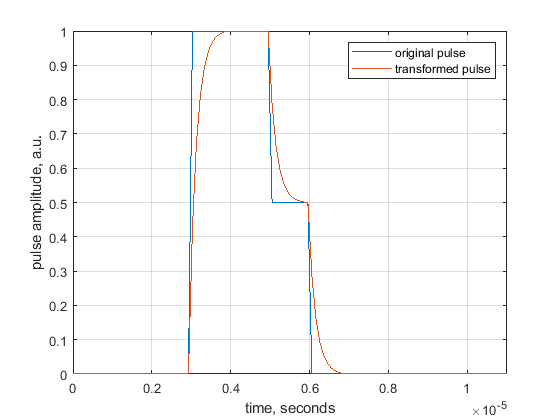