Checks if a Fokker-Planck state vector has any spatial frequencies that its spatial grid is dangerously close to misrepresenting due to insufficient point count.

An example of the spatial frequency distribution after the first chirp pulse of the psyche.m pulse sequence appears below. 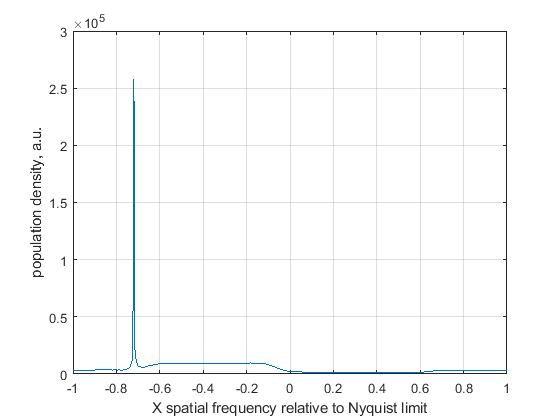 In this case, the grid point count must be increased because some frequencies are folded.

If you are running spatial dynamics, such as diffusion and and flow, with finite difference derivative operators, the spatial grid point count should be set to several times the minimum Nyquist value.